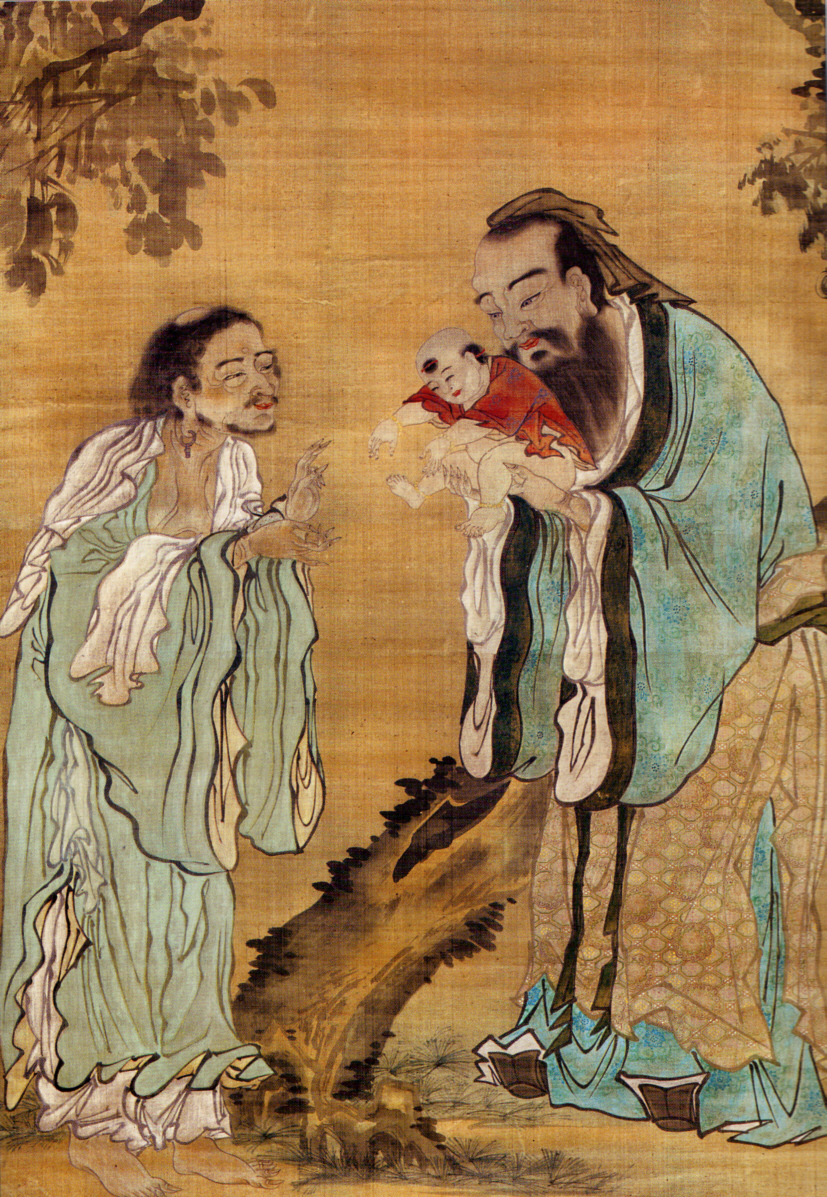 Many people are familiar with the Western canon, those core works of literature, history, and philosophy that are considered essential to the study of the subject. In the West, students of literature read Shakespeare and Cervantes, students of history read Herodotus and Thucydides, and students of philosophy read Plato and Aristotle. This canon is considered an integral part of Western civilization, and has shaped thinkers, artists, and statesmen for generations.

Yet few outside China know much about the Chinese canon, a canon that is as rich and valuable as its Western counterpart, that has been revered and reviled at different points in Chinese history, and which may be the key to consolidating the Chinese Communist Party’s authority – or destroying it.

In the field of literature, it includes what’s known as “the four great books,” The Water Margin, The Romance of the Three Kingdoms, The Journey to the West, and Dream of the Red Chamber.

The Water Margin features 108 heroes who, renouncing a corrupt and unjust Song Dynasty, form a band of outlaws and live, Robin Hood-style, in a marsh, righting wrongs and defending the weak in accordance with their own (extremely violent) code of honor. It explores the theme of a just insurgency, with the heroes choosing to serve “the will of heaven” over the Song rule of law.

The Romance of the Three Kingdoms is a historical novel, and follows the breakup of the Han Dynasty into three warring kingdoms. It relates the battles and the intrigues as the three kingdoms vie for supremacy. Its characters show strategic brilliance, nobility, and valor, but also hubris, stupidity, and self-destructive envy, in short, the full spectrum of human nature amidst triumph and disaster.

The Journey to the West is a fantastical account of the monk Tripitaka’s journey to bring Buddhism from India to China, in the company of an anarchic fighting monkey, a lustful pig demon, and a fearsome sand demon, and the adventures they have on the way. The central theme of the comic novel is the tension between temptation and virtue, between passion and discipline, as the heroes strive (or fail) to live up to Buddhist ideals.

The greatest of the four is Dream of the Red Chamber. This novel follows the doomed romance of the protagonist Baoyu with his cousin Daiyu amidst the decline and revival of the illustrious Jia family. Its excellence lies in its execution, in its witty and spirited characters, in its colorful depiction of life inside a great house peopled by relatives and servants and the complex, shifting relations between them. It is a meditation on the meaning of life, as Baoyu is caught between his natural romanticism, the stern Confucianism of his father, and the Buddhist detachment born of suffering and enlightenment. Blurring the lines between reality and illusion, it is a bittersweet tribute to youth and youth’s end.

In the field of history, the Records of the Grand Historian are widely regarded as the greatest classical work of history. Written by Sima Qian, the Records cover over two thousand years of Chinese history. Depicting rulers with all their virtues and vices, it’s the primary means by which we know of many of them today.

The Chinese philosophical canon begins with Confucius. Far from the patron saint of Asian authoritarianism, as he is so often made out to be by opportunistic Asian dictators and clueless Western commentators, Confucius actually counseled balance, reciprocal obligations between ruler and ruled, and integrity in the face of unjust authority.

Other canonical Chinese philosophers range from Mencius, who expanded on Confucius’ teachings, to the Hobbesian Han Feizi of the Legalist tradition, to the metaphysical Zhuangzi.

Perceptions of this canon changed through Chinese history. Novels were traditionally viewed with disdain, and deemed unworthy of serious study, but they were beloved by the general public, who often passed them on orally. From the time of the Tang Dynasty, scholars wrote commentaries on Sima Qian’s Records. Most of all, the Confucian texts were placed at the center of an education, as ambitious Chinese boys had to write essays on them in the all-important civil service examinations, and Confucian philosophy spread through the masses orally.

The fall of the last dynasty in the Xinhai Revolution of 1911 and the New Culture Movement after changed all that, though. The Chinese canon fell into disfavor, as it was associated with the “weak and backward past” that had left China at the mercy of Western powers.

The Communist takeover in 1949 saw this canon excised from public life. The tales of cavorting maidens were deemed decadent, the accounts of emperors were deemed counterrevolutionary, and Confucius was deemed the philosopher of reactionary feudalism. No longer were these things taught in schools or reenacted on the stage (although many parents continued to teach them to their children in private). Instead, Mao Zedong substituted his Little Red Book and revolutionary works like Taking Tiger Mountain by Strategy, along with the philosophy of Marx and Lenin. This came to a head with the Cultural Revolution (1966-76), when Red Guards declared war on “old ideas,” burned books en masse— many of them Chinese classics— and even desecrated Confucius’ tomb. Whilst the canon continued to be taught in schools in Taiwan and Hong Kong, for many years it seemed to vanish from the land of its birth.

The irony was that Mao himself had a great appreciation for the canon. Former U.S. Secretary of State Henry Kissinger, who visited Mao in Beijing in 1972, described the chairman’s study thus: “Manuscripts lined bookshelves along every wall; books covered the table and the floor; it looked more like the retreat of a scholar than the audience room of the all-powerful leader of the world’s most populous nation.” Mao’s collection included classical Chinese poetry, The Water Margin, and even Dream of the Red Chamber, which he boasted of having read five times. What he enjoyed privately, he denied to everyone else.

After the death of Mao and the end of the Cultural Revolution, however, the canon was slowly revived, and it began to be taught in schools again. Today, students in China learn the Chinese classics from early years all the way to university. President Xi Jinping laces his speeches with quotes by Mencius, and in 2014 he made a pilgrimage to Confucius’ hometown in Qufu. “The classics should be set in students’ minds,” he said, “so they become the genes of Chinese national culture.”

Why this renewed enthusiasm for the canon?

Many point to the enormous changes in Chinese society since Deng Xiaoping began opening and reforming the country in 1978. As fortunes rose with the embrace of capitalism, commitment to Communist values dwindled, such that few Chinese today take them seriously. Chinese policymakers worry about a populace driven only by materialism and without a moral compass.

“As communism gradually [loses] its luster, China finds herself trapped in a moral vacuum,” says Kwok Ching Chow, Professor of Chinese at Hong Kong Baptist University. “It is only logical that the Chinese government would turn back to traditional culture, which is rich in morals and ethics.”

The absence of any genuine loyalty to Chinese Communism also leaves many people without a strong sense of national identity. Restoring the canon, therefore, also serves a unifying function, explains Bryan Van Norden, head of philosophy at Yale-NUS College, and author of Taking Back Philosophy: A Multicultural Manifesto. “Xi is trying to reintroduce the traditional canon…to give people a group identity as ‘Chinese,’” he says.

It’s a logical decision, and Chinese should certainly cheer the return of their canon to its proper place, but this move presents risks of its own for the CCP. The Party, after all, is the definitive authority on Chinese Communist doctrine, but the same cannot be said of Chinese canonical works, which can be interpreted in different ways by different people.

A parallel here is the Reformation. For centuries, the Pope, seen as God’s representative on Earth, was the ultimate authority on Christianity, and salvation could only be obtained through the priests and churches he sanctioned. When Martin Luther began preaching that the last word on Christianity was not the Pope, but the Bible, which could be read and interpreted by anyone, he caused a revolt against the Vatican and a schism within the faith. Similarly, if the source of values in China is no longer the CCP, but the Chinese canon, which anyone can read and interpret for himself, what might this mean for the Party’s authority?

And how might Chinese people interpret these canonical works? Will they see the revolutionary CCP as the virtuous rebels in The Water Margin, or more like the corrupt and unjust Song Dynasty they resisted? Will they see Xi Jinping as one of the benevolent emperors in Sima Qian’s histories, or more like the tyrant Qin Shi Huang? Will they see him as the kind of worthy ruler Confucius counseled serving, or an unworthy one who should be shunned?

“Xi hopes [to revive the canon] so that he and the Communist Party can maintain strict control over the Chinese people,” says Van Norden. “The danger, though, is that generations of intellectuals have found in these same texts the resources to challenge the status quo. Confucius and Mencius were both insistent critics of the governments of their eras. Perhaps Xi is unleashing forces he may not be able to control?”

Perhaps that’s what Chinese authorities feared when in 2011 they surreptitiously removed the 31-foot statue of Confucius from near Tiananmen Square – just four months after they had unveiled it there.

A loose canon like China’s is an uncertain tool for social control.

A totally non-exhaustive list of Chinese canonical works is provided below.

Luo Guanzhong, The Romance of the Three Kingdoms

Journey to the West

Cao Xueqin and Gao E, Dream of the Red Chamber

Wang Shifu, The Story of the Western Wing

The Songs of the South

For an introduction, see:

Anthology of Chinese Literature, Volumes I and II, edited by Cyril Birch

Confucius, The Analects, The Great Learning, The Doctrine of the Mean

The Classic of Poetry

The Book of Documents

The Book of Rites

The Spring and Autumn Annals

Chinese CultureLiterature
printTweet
You might also like
Back to Top
CHINA US Focus 2022 China-United States Exchange Foundation. All rights reserved.