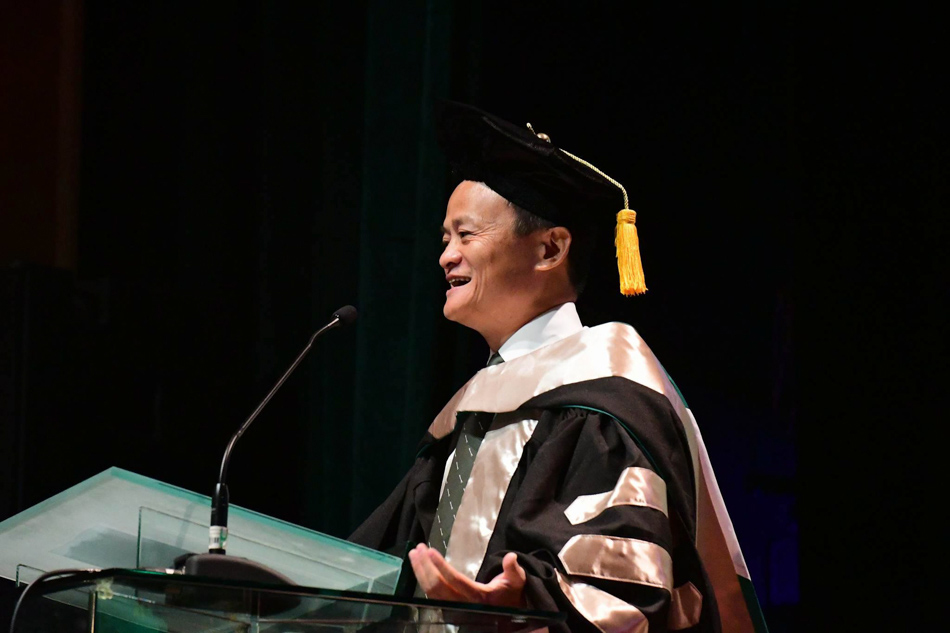 The Chinese-US relationship is the most important bilateral relationship in the world today. Given the willful ignorance of far too many Americans about China, its history, culture, customs, geography, language, politics, or people - this is a frightening proposition.

In 2001, a National Geographic Magazine declared, “Americans are painfully ignorant about all things Asia, especially China.” Little has changed.

Henry Kissinger captured the essence of the value of knowing and understanding China when he said, “China is one of the central challenges of our time and we need to forge a deeper understanding between the U.S. and China.”

When the Chinese know more about us than we do about them, an unequal power relationship exists, one that could easily be exploited. Creating a “seesaw” relationship, where one country is consistently in the “up” position is unhealthy, to say the least.

American financier Stephen A. Schwarzman, founder of private equity firm Blackstone,  understands the value of ensuring more people in the West know about China. He has established an international scholarship program in China endowed with $300 million (¥1.8 billion). The program is the largest-ever internationally funded philanthropic effort in China’s history, and supports 200 scholars a year for study in China. 45% of the students will hail from the United States; another 20% will come from China, with the remaining students representing Europe, South Korea, Japan, and India. The 21st century Schwarzman Scholars Program emulates the Rhodes Scholarship program established in 1902 to bring the US and Europe closer together.

The New York Times reported, “The program’s creation underlines the tremendous importance of China and its market to Wall Street financiers and corporate leaders, who have become increasingly anxious over growing security and economic frictions between China and the West.” When announcing this scholarship Schwarzman said, “When Cecil J. Rhodes created the Rhodes Scholarship program in 1902 to promote international understanding, Europe was at the center of gravity for the world’s economy; and the United States, the British Empire, and Germany were the world’s most influential global players. While the 20th century was defined by U.S. ties to Europe, there is no question that the nature of China’s international relationships will play at least as important a role in this century. In fact, many believe the 21st century will be the Asian century.”

Designed to prepare the next generation of global leaders, the Schwarzman Scholars Program began the first class in 2016, and is the first scholarship created to respond to the geopolitical landscape of the 21st Century. Whether in politics, business or science, the success of future leaders around the world will hinge on an understanding of China.

Jack Ma is a teacher at heart. Jack Ma Yun is Chinese and was born in the beautiful city of Hangzhou, China in 1964. He had many failures on his path to success but would never give up, no matter how many times he was knocked down. After becoming extremely wealthy (estimated wealth $38.6 billion) from the creation of a multinational technology conglomerate, The Alibaba Group (which includes several of China’s most popular Web sites, including the business-to-business marketplace Alibaba.com and the shopping site Taobao.com) he is now turning his energy back towards his first love - education.

Ma knows that knowledge is power and we need to be preparing the children of the world for their future and not our past.

Ma’s passion for education and youth is contagious. He is quoted as saying: “We cannot teach our kids to compete with the machines who are smarter – we have to teach our kids something unique. In this way, 30 years later, kids will have a chance.” Not only will the children have a chance, so too will all humanity.

The world needs Ma’s passion, intellect, connections, and money in order to create a program modeled after the Schwarzman Scholar program for high school and middle school students around the globe. Not a cookie cutter model of Schwarzman Scholars, but a unique Ma educational model with Schwarzman characteristics.

Like American financier Stephen A. Schwarzman, Ma understands the value and power of education in assuring that more people in the West know about China and vice versa. The Schwarzman model has proven successful and valuable. Yet, especially as anti-China rhetoric heats up, we need to begin the educational process – people-to-people, and student-to-student exchanges – much earlier than at the Schwarzman model of graduate-level education.

Clearly the center of the world is shifting in China’s direction and these scholarships to study in and around China bode well for our collective future.

We need to connect, engage, ponder, create and enlighten the youth of the world to help us frame a shared vision and common agenda that understands our strengths, weaknesses, and our differences - all the while embracing our collective humanity in a way that can and will shape the world.

In a world that will be increasingly shaped by AI and China, we will be well served by bringing our youth together to find a common bond around understanding our shared humanity.

A Ma Scholarship for Global Youth is a solid investment in our collective future.

China educationSchwarzman Scholars Program
printTweet
You might also like
Back to Top
CHINA US Focus 2023 China-United States Exchange Foundation. All rights reserved.