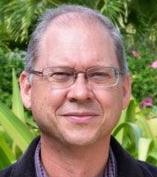 Christopher A. McNally is a Professor of Political Economy at Chaminade University and Adjunct Senior Fellow at the East-West Center in Honolulu, USA. His research focuses on comparative capitalisms, especially the nature and logic of China’s capitalist transition and Sino-Capitalism. He is also working on a research project that studies the implications of China’s international reemergence on the global order.
< 1234  Total 35 (10 / Page)
Back to Top
CHINA US Focus 2021 China-United States Exchange Foundation. All rights reserved.