How Geopolitical Conflict, Sanctions, and Covid in China Are Redefining The Future of Global Supply Chains.

Larry Fink, CEO of Blackrock, stated that “the Russian invasion of Ukraine has put an end to the globalization we have experienced over the last three decades.” The invasion and the following sanctions have caused shortages in synthetic fertilizers, wheat, palm oil, crude oil, and liquid natural gas. Before the invasion started there were already significant supply chain disruptions caused by Covid-19, along with a global shortage of essential semiconductors. Those disruptions have been exacerbated by recent lockdowns in Shanghai and other major Chinese cities caused by Covid. Geopolitical risk, sanctions, and covid in China are redefining how we think about the future of global supply chains. In the future, nations will need to consider how to better secure their supply chains through regional trade partnerships, reshoring essential manufacturing capabilities, and sourcing goods from multiple nations and regions.

Regional Trade Partnerships such as NAFTA

Several nations are attempting to deal with changing supply chains through developing new regional trade partnerships that allow for increased trade between geographically or politically close nations. One such agreement is the United States-Mexico-Canada Agreement (USCMA) the successor to NAFTA that allows for increased trade between the three countries while still protecting domestic jobs in the United States. Another agreement is the Trans-Pacific Partnership that aims to act as an economic check on the rising economy of China. This partnership has forged ahead even after the United States left under the Trump administration.

The previous trend of globalization that Larry Fink was referring to is the prioritization of profit and efficiency above all else. However, as highlighted by the shortage of semiconductors caused by Covid-19, expecting the situation to always support this method isn’t the wisest decision. Taiwan’s Covid lockdowns caused the world to lose access to one of the best sources of semiconductors and silicon wafers. This resulted in a drastic supply shortage that saw car and electronic prices increase over 30% at times.

In response to the difficulties of trying to source the semiconductors that they need, Intel has announced that they will build their own $100 billon factory in Ohio to produce semiconductors for domestic and international consumption. However, this requires significant assistance from the CHIPS act. Intel is a perfect example of how public-private partnerships are essential in reshoring manufacturing capabilities in key industries. The semiconductors produced here will both add to global supply and ensure a domestic supply that will ease supply chain constraints.

The Covid lockdowns in Shanghai and other Chinese cities are another disruptor to global supply chains, causing goods and shipments to be further delayed. This has caused an acceleration of capital leaving China and heading towards other countries such as Vietnam, Indonesia, and India to expand companies’ supply chains in a process that started during Trump’s trade war. It is important to note that companies are not leaving China completely as there are still many advantages to manufacturing there and the ability to sell to the Chinese people. These companies are instead engaging in a larger Pan-Asian strategy. This shift in strategy insulates supply chains from disruptions that are caused by localized issues such as the Shanghai lockdowns. 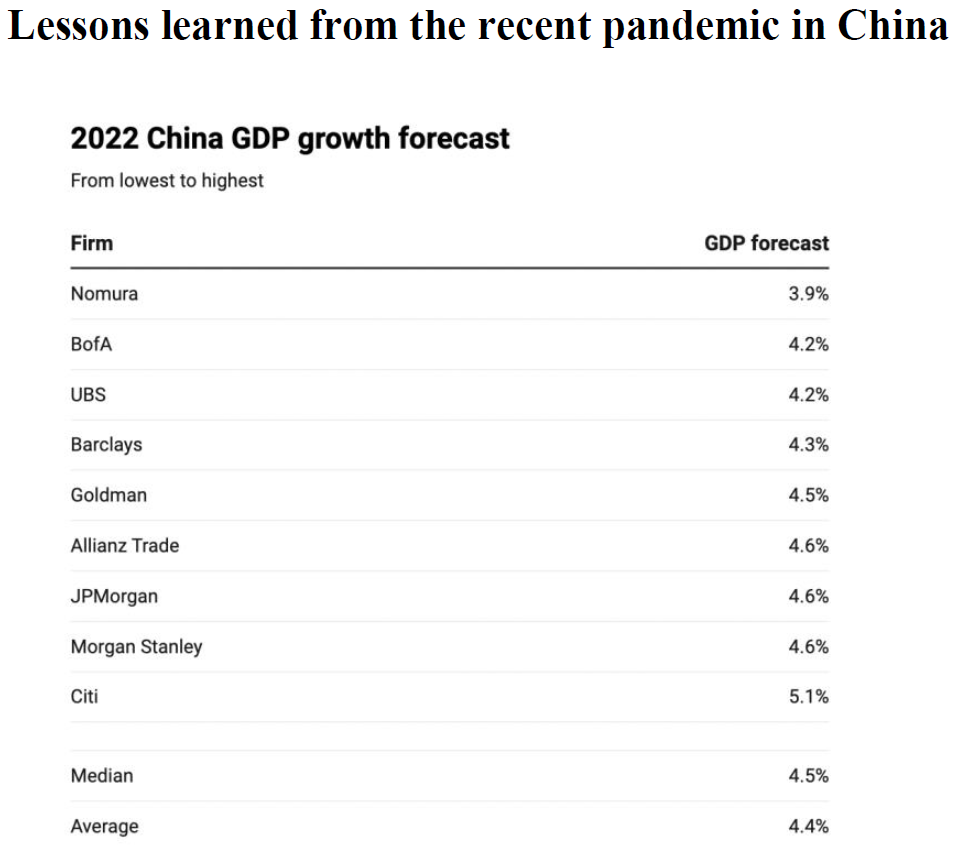 One of the direct results of the most recent pandemic surge and current lockdowns seen in Shanghai and other cities throughout China is the acceleration of both foreign companies and Chinese companies to relocate manufacturing production outside of China, particularly to countries in Southeast Asia, such as Vietnam, Indonesia etc. Another result of the surge is that Chinese and foreign firms will likely expedite the allocation of more financial assets outside of China. When lockdowns end in Shanghai around mid-May, Chinese and foreign firms will see a floodgate of capital leave China. 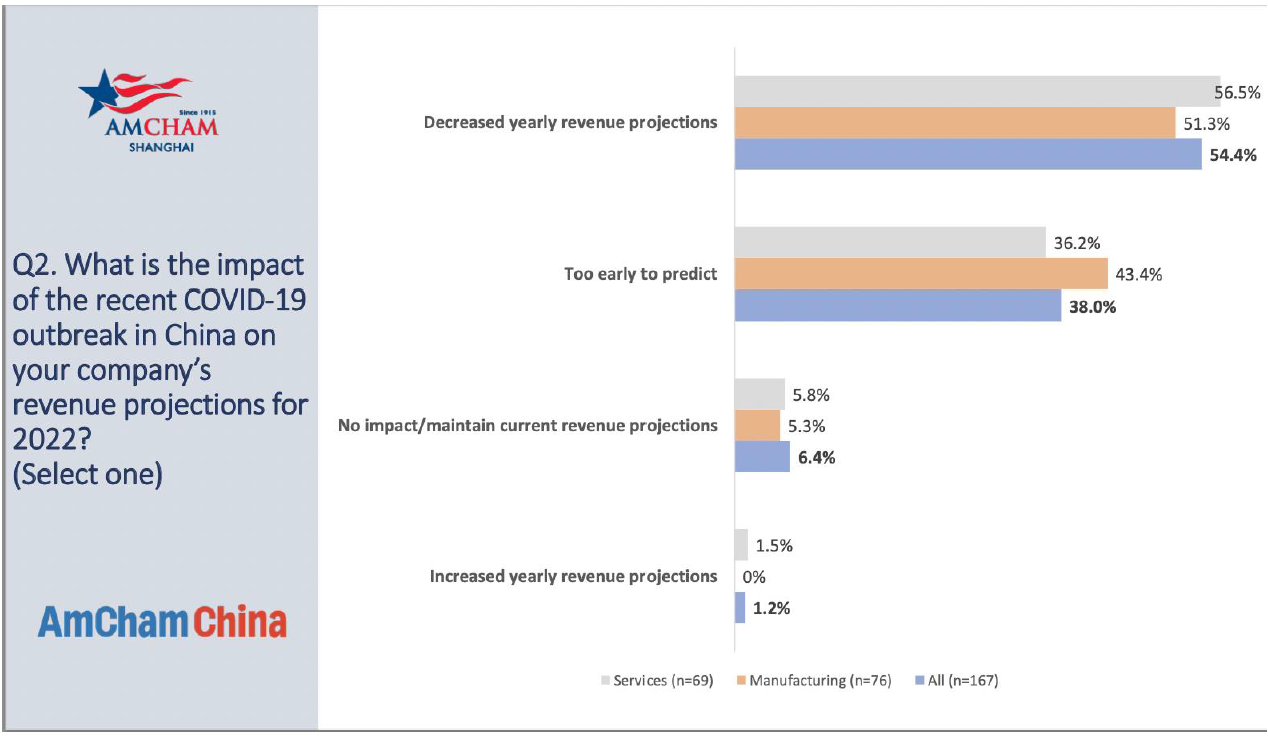 This capital flight in the short-term will alarm the Chinese government and could result in temporary provisional measures to mitigate the flow of capital leaving China. It’s important to understand that with respect to multinational companies decreasing investment in China or scaling back operations, many foreign companies don’t want to completely exit the China market for fear of being blacklisted by the Chinese government in the future. With that, many foreign multinational companies will decrease staff and investment in China and wait to see how China’s overall economic environment will perform. If China’s GDP growth is significantly below 4% for the fiscal year of 2022 or if China’s GDP growth is perceived to be greatly inflated (The China’s Academy of Social Sciences stated in April that China will grow at 6.8% for 2022), this will contribute to a further lack of confidence in China’s continued growth model. Another critical impact from the pandemic is the clear policy changes that the Chinese government has taken to protect China’s currency. More than six years after China’s shock 2015 devaluation significantly impacted global markets and prompted an estimated $1 trillion in capital flight, the yuan is again weakening at a similar pace. Onshore it’s lost nearly 4% in eight days, while the offshore rate is heading for its worst month when compared with the U.S. dollar. Selling momentum is the strongest since the height of Donald Trump’s trade war in 2018. We predict further devaluations in the short term (May -Dec 2022) and we expect the U.S. dollar to maintain strength This will put pressure on other currencies and potentially devalue, for example,. the Chinese Renminbi and the Japanese Yen. We’re also confident that a stronger U.S. Dollar and a weaker Renminbi will help China’s export strategy.