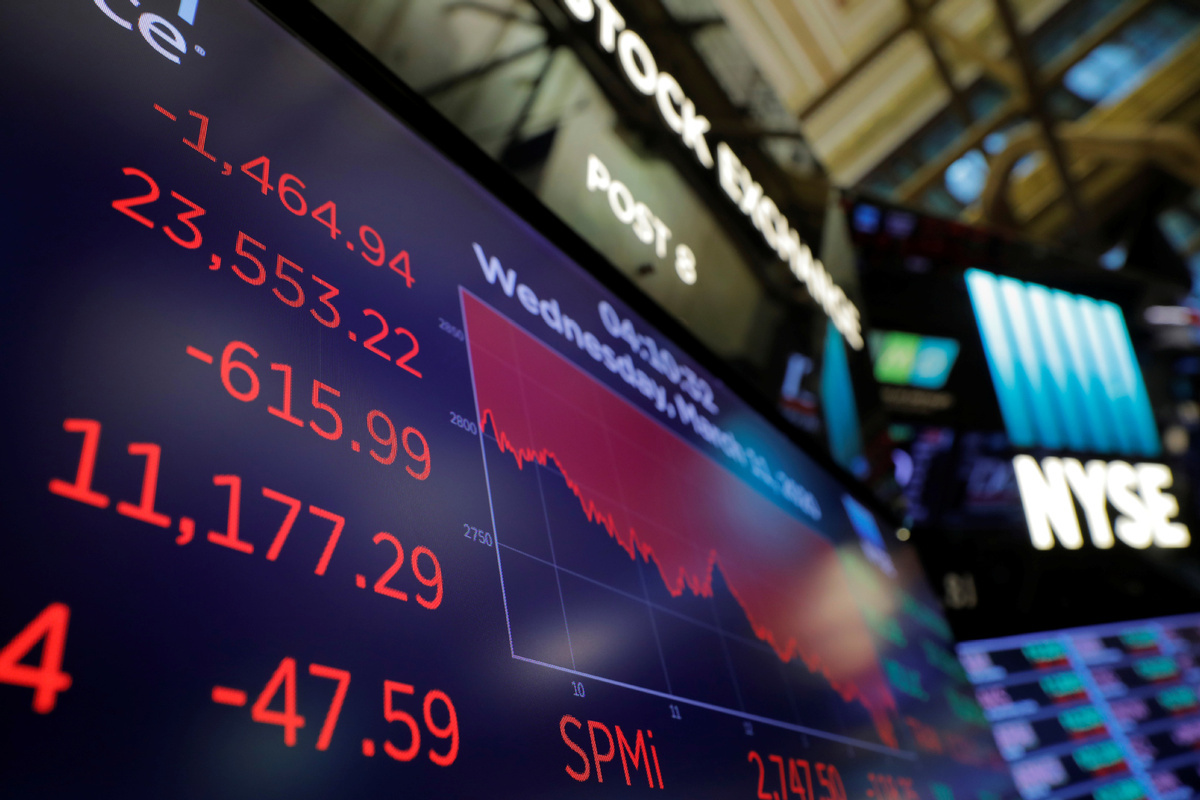 In an effort to get a handle on the economic and financial consequences of the COVID-19 pandemic, the first instinct is to search for precedents and remedies in earlier crises. Many have pointed to the 2008 global financial crisis (GFC) as the most relevant example, especially in the aftermath of the extraordinary monetary-policy actions announced by the US Federal Reserve on March 15. That would be an unfortunate mistake.

What worked 11 years ago won’t work today. The COVID-19 pandemic is the mirror image of the GFC. The policy response needs to be crafted accordingly.

The GFC was, first and foremost, a financial shock that took a severe toll on the real economy. COVID-19, by contrast, is a public-health crisis. Draconian containment efforts – lockdowns, transportation bans, and restrictions on public assembly – are producing a shock to the real economy, with devastating consequences for businesses, their workers, and the financial sector.

During the GFC, unprecedented actions by the Fed were both appropriate and decisive in addressing the primary source of the shock: a devastating blow to the financial system. In the COVID-19 crisis, the Fed cannot play the same role, because it is addressing a secondary shock: the financial repercussions of the primary shock to the real economy.

Instead, the Fed’s response must be seen as necessary, but not sufficient, to address the COVID-19 crisis. It is a delicate role, to say the least.

The Fed’s policymaking at moments of crisis must always be managed judiciously. As the crisis intensified, it was certainly in a tough place. However, its rare Sunday announcement of emergency actions on March 15, just two days before a regularly scheduled policy meeting, conveyed a sense of urgency that undoubtedly heightened investors’ fears and stoked rumors of an imminent liquidity crisis. We will never know if the Fed would have been wiser to wait a couple of days.

Yet this episode underscores an uncomfortable truth: We have become far too dependent on monetary fixes for all that ails the world. In the days that followed the Fed’s Sunday surprise, the added carnage in financial markets sent a strong message: The “big bazooka” of central banks that worked effectively in putting a floor beneath plummeting markets in late 2008 and early 2009 is not only the wrong weapon to address a public-health crisis; unfortunately, it also lacks live ammunition.

This, of course, was the big risk all along. After having failed to normalize policy rates in the aftermath of the GFC, central banks had limited options to address the inevitable next shock. Time and again, we find out that the next shock is never the same as the last. Yet we always seem to fixate on a redesign of policies, regulations, and economic structures that is conditioned by the last crisis – leaving us woefully unprepared for the one to come.

Crises can be arrested only by attacking their source. In the midst of the COVID-19 pandemic, the focus must be on virus containment. That will require creative and expeditious actions, focusing first and foremost on public-health infrastructure and the science of COVID-19 containment and mitigation.

Some have used the wartime analogy to emphasize the magnitude and scope of the policy response now required. While this is appropriate, it assumes a degree of political consensus that is sorely lacking in today’s polarized environment. Sadly, the combination of domestic polarization, national protectionism, and global fragmentation is especially problematic in bringing us all together to fight a global problem.

As always, when this crisis passes, there will be great introspection on how we got into this mess. This will undoubtedly include a reassessment of globalization, which once seemed like an economic panacea for poor and rich countries alike. Courtesy of a sharp expansion of world trade, along with a concomitant explosion of global value chains, relatively poor developing economies could benefit as producers by reducing poverty and boosting living standards, while the developed world would benefit as consumers by being able to purchase cheaper goods (and increasingly services). The “win-win” of globalization practically sold itself.

But globalization has also led an interdependent world to an unfortunate fixation on the sheer speed of economic growth: the faster the growth, the bigger the “wins” for both producers and consumers. Unfortunately, this overlooked the quality of growth – not just sorely needed investment in disease mitigation and public-health infrastructure, which the COVID-19 crisis has made glaringly apparent, but also investment in environmental protection despite the equally patent evidence of climate change.

The GFC playbook was designed for a world facing threats to the quantity of economic growth. It cannot be the answer for a world facing a shock stemming from deficiencies in the quality of that growth. Monetary and fiscal policies can temper short-term distress in financial markets and hard-hit businesses and communities. But they don’t address the urgent priority of disease containment and mitigation.

There is broad consensus that the best way to restart the global growth engine is by flattening the COVID-19 infection curve, both in individual countries and worldwide. That, not the monetary and fiscal policy template of the last crisis, must be the laser-like focus of policymakers during this crisis. History attests to the resilience of the modern world economy in the aftermath of negative shocks. That offers grounds for hope of a self-generating rebound. But it can be realized only after COVID-19 is contained.

COVID-19Financial CrisisGlobalization
printTweet
You might also like
Back to Top
CHINA US Focus 2023 China-United States Exchange Foundation. All rights reserved.