While Unfortunate, The Suspension of Ant Financial’s IPO Will Result in a Stronger Financial Sector 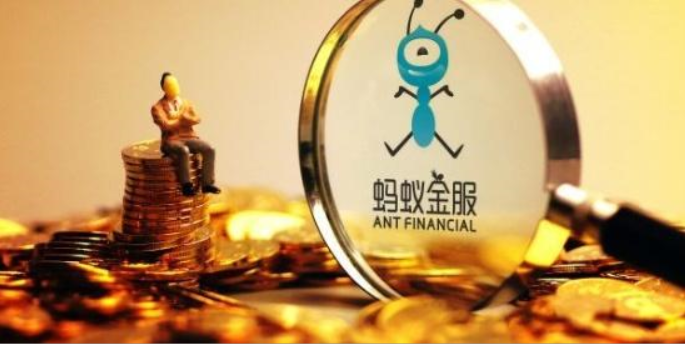 Beijing’s dramatic, last minute suspension of Ant Financial’s record-setting IPO and stunning rebuke of its principal officers sent aftershocks throughout China’s financial landscape.  Discussions between the regulators and Ant’s senior executives, including Jack Ma, have remained largely undisclosed.  Motives for pulling the plug on the IPO have ranged from Ma’s provocative statements at a recent high-profile forum in Shanghai, and an evolving regulatory framework that has foisted new rules and tightened existing regulations on fintechs, to protecting the rights and interests of consumers.  At play is also curbing monopolistic-like power that fintechs like Ant and Tencent wield, which have created captive ecosystems and can lead to predatory pricing and rent-seeking.

The challenge for regulators is maintaining a precarious balance between ensuring open industry access, spurring innovation, and protecting financial consumers without teetering over to one side to the detriment of the others.  High-minded as these aims may be, the greater mission is to mitigate systemic financial risk, drawing on painful lessons learned by western governments during the Great Financial Crisis of 2008.  With Ant becoming ‘too big to fail’, there is concern that a future crisis may originate from the gray zone that financial technology firms inhabit, which until recently, lay beyond the reach of existing financial rules.

Fintechs as spoilers in the financial marketplace have been less constrained by regulation.  But anti-competitive concerns are catching up given their dominant position in a range of activities.  Firms like Ant have an ability to derive value from incremental data extracted from an interconnected constellation of apps that cover  indispensable aspects of modern digital life – banking, ecommerce, investments, payments and social media.  If data is the new oil, then Ant, Tencent and others of similar ilk are today’s Standard Oil, recast for the digital age.  At the helm of a sprawling and a continuously expanding data oligopoly, Ant Financial along with JD.com, Meituan, and Tencent should expect to meet tougher regulations head-on.

Anticompetitive practices intersecting financial stability – whether by new or old economy firms – form an overriding concern for regulators.  In principal, the entry of new participants into the financial sector is sought-after for it increases competition and prunes excessive market making power of a concentrated field dominated by banks.  But the counterargument is that new entrants,left unchecked, can lead to market instability.  The logic follows that incumbent firms (banks) have a greater stake in the system, access to more secure and readily available sources of funding, and as a result of significant ‘skin in the game,’ are incentivized to deploy such funding sensibly.

China’s financial system is in a phase of strengthening regulation and controlling risks. Ant and others must be ready to pivot when the government issues new pronouncements.  Ant’s business model is continuously evolving and today’s business activities may not reflect what the firm looks like in the future.  Regulation aims to catch up to the present and move forward as a framework for future enforcement.

Preventing systemic financial risk is something that government watchdogs are highly attuned to.  What worries regulators is that “Ant Group has generated revenues from its lending arm, but hasn’t shouldered the correlated risks,” according to Zhu Ning, a professor as Shanghai Jiao Tong University.  The regulator’s rationale is undergirded by the following, simple premise:  if fintechs partake in bank-like activities, then at a minimum, such behaviors will be subject to banking regulations.

The principal learning from the Great Financial Crisis (GFC) was a shift in focus on the solvency of the financial system as a whole (macroprudential) rather than the strength of individual institutions (microprudential), taking direct target at the linkages in a complex financial system, where contagion from the failure of one institution to another are hard to avoid and were not adequately assessed.  Focusing on these interconnections revealed two major concerns – regulatory arbitrage and a cross-sectional distribution of risks across banks and non-banking institutions.

In the first, traditional and alternative financial players that undertook similar activities were subject to different regulations, resulting in strong incentives for regulatory arbitrage.  Prior to the GFC, shadow banking actors were the archetypes for exploiting discrepancies, directing regulated economic activities (such as credit provisioning) via unregulated (or lesser regulated) channels, and in the process gaming authorities.

Due to lax regulation, fintechs have been able to exploit various aspects of financial innovation.  Firms like Ant employ a capital light model, where about 2% of loans are made from their own balance sheet. Under new rules, firms would need to make 30% of the loans themselves.  Such a move would make Ant’s funding model more capital heavy.   Ant may be required to hold the loans on the balance sheet unless they are able to offload them via securitization to investors willing to carry the loans in return for a risk premium.

The second dimension, cross-sectional distribution of risks across banks and non-banking institutions exists in that firms can be exposed to similar and at times identical assets (think poor quality mortgage-backed securities during the GFC), which is exacerbated by the presence of counterparty risk.  So that, if one entity in the chain link breaks, other actors holding paper from that failed counterparty may encounter similar problems.  It is the correlation of risks that makes firms tumble like bowling pins.

“The stakes have risen significantly for Chinese companies, as the shocks of reputational damage from scant regulatory oversight may be long-lasting.  Beijing wants to ensure it is seen as strictly playing by the rules and can no longer afford to proceed with such a high-profile IPO if regulators have concerns, given the nation’s strategy of increased risk management focus,” according to Dr. Tim Klatte, Partner and Head of Forensic Advisory Services at Grant Thornton Shanghai.

While the delay in Ant Financial’s IPO is unfortunate, in the long-run it is a small price to pay as authorities aim to seal off the regulatory gaps between traditional financial institutions and fintechs.  Adept customization of the regulatory toolkit would limit the extent for regulatory arbitrage through shadow banking practices while maintaining the integrity of China’s financial system.

Financial ReformThe Governance Of ChinaAlibaba
printTweet
You might also like
Back to Top
CHINA US Focus 2022 China-United States Exchange Foundation. All rights reserved.