China has a demographic problem.

According to Time magazine, in 15 years China will have the world’s largest elderly population. By 2050, its working-age population will have declined by 200+ million people. Constructing a social safety net to meet the needs of all these people will be expensive and complicated. 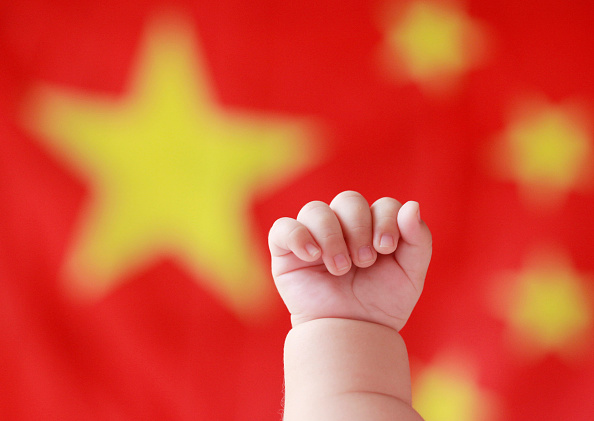 Yong Cai, a China aging expert and Assistant Professor at the University of North Carolina, asserts in a research paper, “China’s national fertility dropped below replacement level in the early 1990s and has continued its downward trend ever since, with current total fertility estimated at around 1.5 children per woman. The importance of the Chinese case to this new global phenomenon comes not only from its sheer population size—with one-fifth of world population, virtually any demographic change in China has the potential for significant global consequence—but also from China’s position in the global economic system.”

China’s rapidly aging population and replacement workforce decline will have a significant impact on all things China going forward.

While Cai discusses age as a major demographic issue in China, he also highlights the risks of gender imbalance – there are nearly 34 million more males than females in China, thus causing additional social pressure. Males have historically had a societal obligation to support their parents in old age.

Demographics are not something that can be manipulated by Communist leaders. With virtually no immigrants traveling to China, a stagnant population remains stagnant.  If one million people were born in China in 2016, there would be approximately 20 million twenty year-olds by 2036. No statistical manipulation will change this fact.

A key cause of the aging population is the one-child policy that was put in place to curb population growth during the worldwide baby boom of the 1950’s and 60’s.

China relaxed its one-child policy in 2014, allowing couples in which one parent was an only child to have two children. But the government only received 1 million applications in 2014 for parents to have additional children — half the number it expected. The economic uncertainty and cost of raising children is giving China’s rising middle class and urban dwellers pause in pursuing the “China Dream” of having a sibling for their one princeling or princesses.

According to official data reported by CCTV, the working-age population fell by almost 2.5 million people. While the country has taken steps to boost its young population, including relaxing the one-child policy in 2014, many challenges still lie ahead.

Fortune reinforces what demographers have long known: “For the first time in decades China’s working age population fell in 2012 and the world’s most populous nation could be the first country in the world to get old before it gets rich.”

International pharmaceutical firm Johnson & Johnson (J&J) sees profits in China’s changing demographics. Their CEO is quoted in China Daily saying, “J&J has had the privilege and the opportunity to serve people in China for 30 years. We’re increasing our investment to meet the rising demand for health care in China and the Asia-Pacific region, driven by aging populations, a growing middle class, and urbanization. Our recent investments include the Asia-Pacific Innovation Center in Shanghai, the J&J Global Lung Cancer Research Center, and a state-of-the-art pharmaceuticals plant in Xi’an.”

Caring For an Aging Population

Xinhua quoted President Xi saying,  “Meeting the various needs of the huge elderly population and properly solving the social problems that an aging population brings are matters relating to the overall development of the country and welfare of the people.”

I recall being in Shanghai when I was nearing 55 years of age, hearing  a government official tell me I would be forced to retire if I lived in China (retirement age is 55 for males and 50 for females). I was appalled at the thought. Noticing my reaction at being forced to stop working, the city official laughed and said, since I am a “friend of China” he would find me a new, retirement job. When I inquired as to what type of a second career-retirement job I might expect, without hesitation he replied, “a subway pusher.” I reacted in a negative way to this job, expressing I would not want a job where people would be angry with me for squishing them on a train. The city official had an uproarious laugh, “Tom, on the contrary, they would be appreciative, without your morning push, they would be late for work.” You would have many friends, he smirked through his smile.

America and China Are Looking Old

The reality of these demographics may well overwhelm America’s existing social nets if we don’t find creative, innovative ways to enable people to age in place and live with dignity. America needs to figure out how to allow our elderly to lead fulfilling lives after a lifetime of work and with self-determination—not discard people into 21st century, backward institutions out of sight and out of mind.

We know that as the population ages we will need to find new living arrangements that go beyond regimented nursing homes.  I served as Executive Producer for an Emmy-nominated documentary, “Support At Home,” which depicts how seniors and people with other disabilities can thrive in their communities with support.

With an aging American population growing at the rate of some 1.7 million seniors each year, we need to explore other non-traditional living arrangements that address the senior housing shortage.

Both the U.S. and China need to learn from each other to better enable seniors to age safely in their homes and neighborhoods with family and other social support networks.

Traveling throughout China the past four decades, I have witnessed a number of ways in which China – better than America – advances and accepts the elderly, including:

Human capital spending is needed to reshape China’s growth engine. It would be wise if China took the massive wealth it has accumulated and targeted on infrastructure over the past 40 years and invested it instead in its people — investment in the areas of education from cradle-to-grave, Chinese versions of Social Security, Medicaid, Medicare and Obama or “Xi-care.”

Aging in China and America will present great challenges and opportunities for those of us who are graying and for those who love, help and support us.

President Xi has it right when he talks of human investment in China’s elderly: “Meeting the various needs of the huge elderly population and properly solving the social problems that an aging population brings are matters relating to the overall development of the country and welfare of the people.”

Never before has a group of people lived so long or so well. It would show a great deal of wisdom if China and the U.S. could learn from each other on how we can grow old gracefully – together.

China’s Economy China’s Reform
printTweet
You might also like
Back to Top
CHINA US Focus 2023 China-United States Exchange Foundation. All rights reserved.