How to Commemorate the Sino-American WWII Alliance

China’s decision to hold a military parade on September 3rd to commemorate the 70th anniversary of the World War II victory over Japan is causing Washington a headache. It requires the Obama administration to decide whether or not to dignify the event with official high level representation at the risk of offending Japan, but more so, it reminds America its historical role in healing the wartime animosity between China and Japan at a time when relations between the two Asian powers are already quite strained. 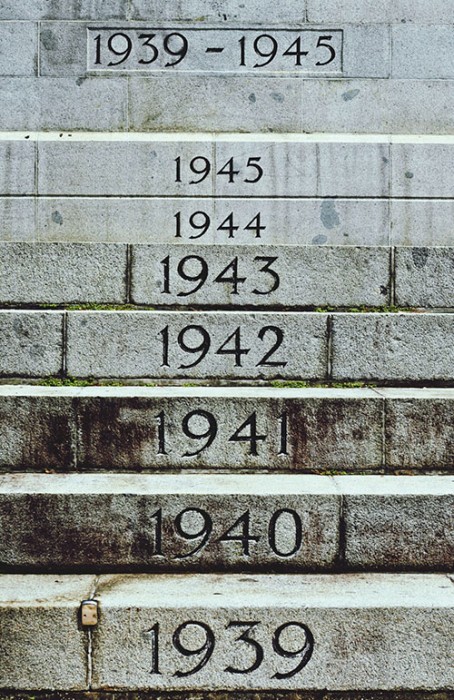 The dilemma is not a simple one. On the one hand China was America’s lead Asian war ally. Millions of Chinese fought alongside American GIs in the China-Burma-India theater of war in an effort to stop the Japanese steamroller from conquering the entire Asia-Pacific region. More than 20 million Chinese perished from Japanese aggression during what is known in Asia as the Second Sino-Japanese War, which raged for a full eight years prior to V-J Day.

On the other hand, much has changed over the past seven decades. Japan turned from a militaristic autocracy to a pacifist democracy, sharing a close strategic alliance with the U.S., which still stations 100,000 military personnel and their dependents in the country. As America’s third largest trading partner and number one debt holder, Japan holds the mainstay of the U.S. economy. The relations with China have more or less moved in the opposite direction. Only five years after the Sino-American victory, the People Liberation Army was fighting the U.S. in the Korean War. For the rest of the 20th Century, China was barely relevant on the world stage, but it then reemerged to become a major economic and military power viewed by many Americans as an adversary in the making.

What makes U.S. participation in the parade particularly sensitive is Japan’s unwillingness to fully come to terms with its wartime actions. Japanese leaders have expressed regret over the atrocities committed by the Japanese Imperial Army during the war, pledging to never again resort to war, but they are yet to issue a formal and sincere apology to the Chinese. As a result, the war grievances, exacerbated by occasional visits of Japanese leaders in the controversial Yasukuni Shrine, still dim contemporary China-Japan relations and, untreated, they could lead to unnecessary tension in the region.

This sensitivity implies that Vice President Biden or any other American dignitary above an ambassadorial level will probably be absent from the VIP tribune in Tiananmen Square on September 3rd. The fact that Russia’s President Vladimir Putin is expected to attend makes an American participation even less likely.

Administration officials have already prepared the ground for this, questioning whether hosting a large military parade in which China’s weapons are displayed is the best way to send a message of peace and promote healing.

But if Washington decides not to partake in the parade, it should avoid the mistake of ignoring the war anniversary altogether. Such a snub would not only do a historical injustice to the most prolonged episode of World War II, but it would also be an affront to the families of the 100,000 Americans who lost their lives in the Pacific, and for the remaining war veterans for whom this might be the last big anniversary to mark.

A better approach for America to take would be to use the anniversary, as well as its unique position as erstwhile-ally of one side, and present-day-ally of the other, as an opportunity to foster Sino-Japanese reconciliation. President Obama should take advantage of Chinese President Xi Jinping’s first state visit to Washington, which will take place in September, just two weeks after the parade in Beijing, to mark the war anniversary. It should be creative, yet subtle, and should recognize China’s war sacrifices and the fact that the U.S. and China were war allies. It should also be done delicately to avoid poking Japan in the eye. This can be done in a memorial ceremony or a cultural event, perhaps at the National World War II Memorial not far from the White House, in the presence of war veterans from both countries. In this occasion, Obama should call upon China and Japan to do a better job in dressing the open wounds of the war in order to once and for all clear this diplomatic blister from the delicate architecture of the Asia-Pacific.

Maintaining stability in East Asia is one of America’s highest foreign policy priorities. China’s introduction of an Air Defense Identification Zone in the East China Sea and the vibrant debate in Tokyo about reinterpreting the war-renouncing Article 9 of the Japanese constitution shows that there are many nationalists on both sides who seek to alter the status quo of the past 70 years. At the very least America must do its utmost to ensure that the ghosts of World War II are no longer at their disposal.